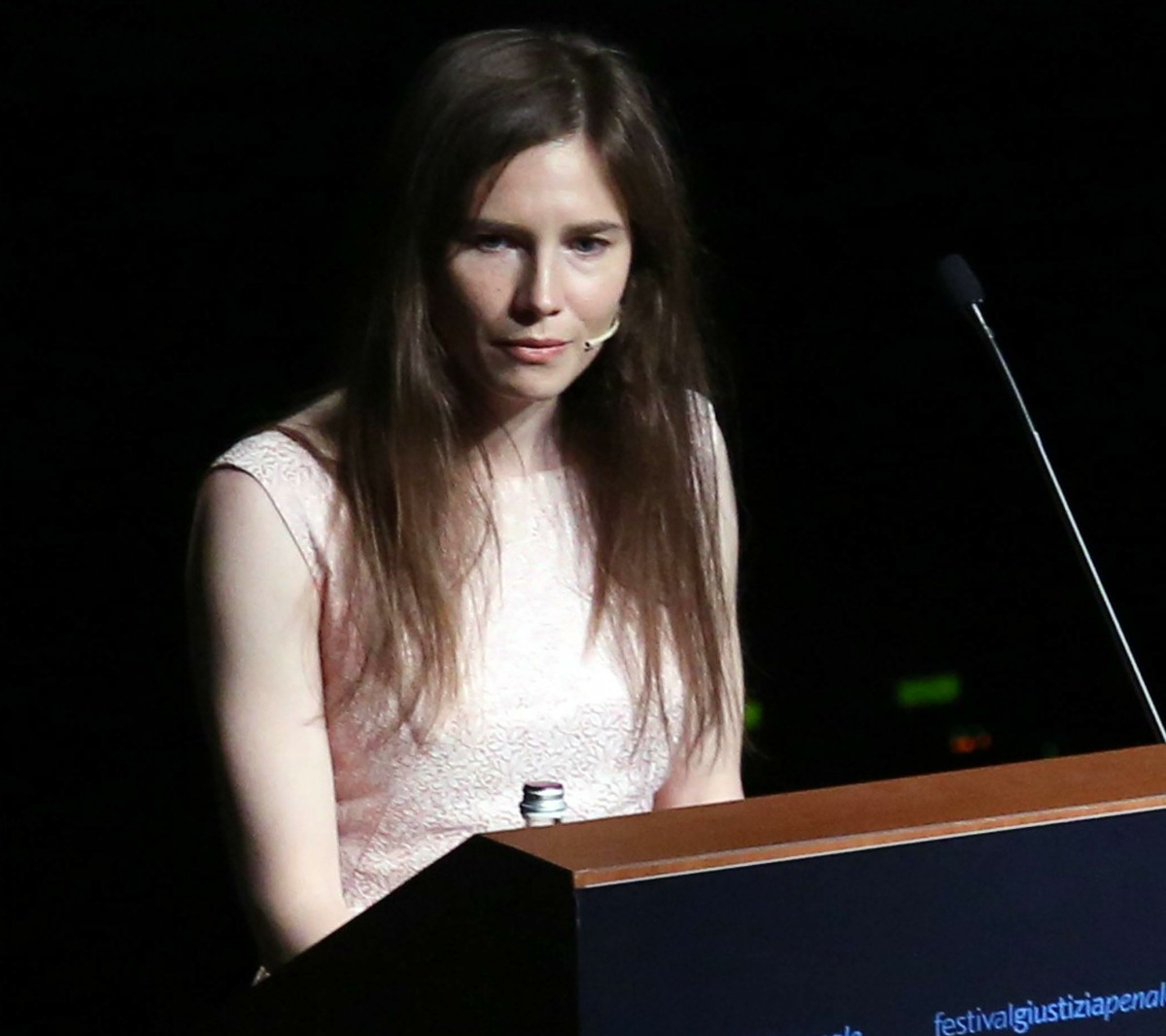 Stillwater is out today. That’s the movie starring Matt Damon and Abigail Breslin, and all of the promotional materials and reviews mention Amanda Knox. Stillwater is not “the Amanda Knox story.” It is, by writer-director Tom McCarthy’s description, “loosely based” on the Amanda Knox story. Knox was the American student studying abroad in Italy who was accused of murdering her roommate Meredith Kercher. Knox went on trial, she was convicted, then the conviction was overturned and Knox was acquitted. Rudy Guede murdered Kercher. So, the premise of Stillwater is similar: an American student is in a European prison for a crime she didn’t commit. And Matt Damon plays the Git Er Done American father who is trying to bash his way into saving his daughter. It feels… weird. And it feels really weird to Amanda Knox as well. She did a lengthy Twitter thread about Stillwater. I’m not embedding this, and this is just some of what she said:

Does my name belong to me? My face? What about my life? My story? Why does my name refer to events I had no hand in? I return to these questions because others continue to profit off my name, face, & story without my consent. Most recently, the film #STILLWATER. This new film by director Tom McCarthy, starring Matt Damon, is “loosely based” or “directly inspired by” the “Amanda Knox saga,” as Vanity Fair put it in a for-profit article promoting a for-profit film, neither of which I am affiliated with.

I want to pause right here on that phrase: “the Amanda Knox saga.” What does that refer to? Does it refer to anything I did? No. It refers to the events that resulted from the murder of Meredith Kercher by a burglar named Rudy Guede. It refers to the shoddy police work, prosecutorial tunnel vision, and refusal to admit their mistakes that led the Italian authorities to wrongfully convict me, twice. In those four years of wrongful imprisonment and 8 years of trial, I had near-zero agency.

Everyone else in that “saga” had more influence over events than I did. The erroneous focus on me by the authorities led to an erroneous focus on me by the press, which shaped how I was viewed. In prison, I had no control over my public image, no voice in my story. This focus on me led many to complain that Meredith had been forgotten. But of course, who did they blame for that? Not the Italian authorities. Not the press. Me! Somehow it was my fault that the police and media focused on me at Meredith’s expense.

The result of this is that 15 years later, my name is the name associated with this tragic series of events, of which I had zero impact on. Meredith’s name is often left out, as is Rudy Guede’s.

In the wake of #metoo, more people are coming to understand how power dynamics shape a story. Who had the power in the relationship between Bill Clinton and @MonicaLewinsky? The president or the intern? It matters what you call a thing. Calling that event the “Lewinsky Scandal” fails to acknowledge the vast power differential, & I’m glad that more people are now referring to it as “the Clinton Affair” which names it after the person with the most agency in that series of events.

I would love nothing more than for people to refer to the events in Perugia as “The murder of Meredith Kercher by Rudy Guede,” which would place me as the peripheral figure I should have been, the innocent roommate. But I know that my wrongful conviction, and subsequent trials, became the story that people obsessed over. I know they’re going to call it the “Amanda Knox saga” into the future. That being the case, I have a few small requests:

Don’t blame me for the fact that others put the focus on me instead of Meredith. And when you refer to these events, understand that how you talk about it affects the people involved: Meredith’s family, my family, @Raffasolaries, and me.

Don’t do what @deadinepete did when reviewing #STILLWATER for @deadline, referring to me as a convicted murderer while conveniently leaving out my acquittal. I asked him to correct it. No response.

And if you must refer to the “Amanda Knox saga,” maybe don’t call it, as the @nytimes did in profiling Matt Damon, “the sordid Amanda Knox saga.” Sordid: morally vile. Not a great adjective to have placed next to your name. Repeat something often enough, and people believe it.

Amanda went on to talk about how often Tom McCarthy has mentioned her name as he promotes the film, and she points out that at no point did he actually contact her or talk to her. On one side, I understand McCarthy’s perspective that he didn’t use her name in the film and it’s not based on the specifics of the Meredith Kercher’s murder. Legally, McCarthy is protected. But when all of the promotional materials and all of the reviews mention Amanda Knox, it is legitimately problematic and Knox has every right to be pissed off and to make the arguments she’s making. Ugh. 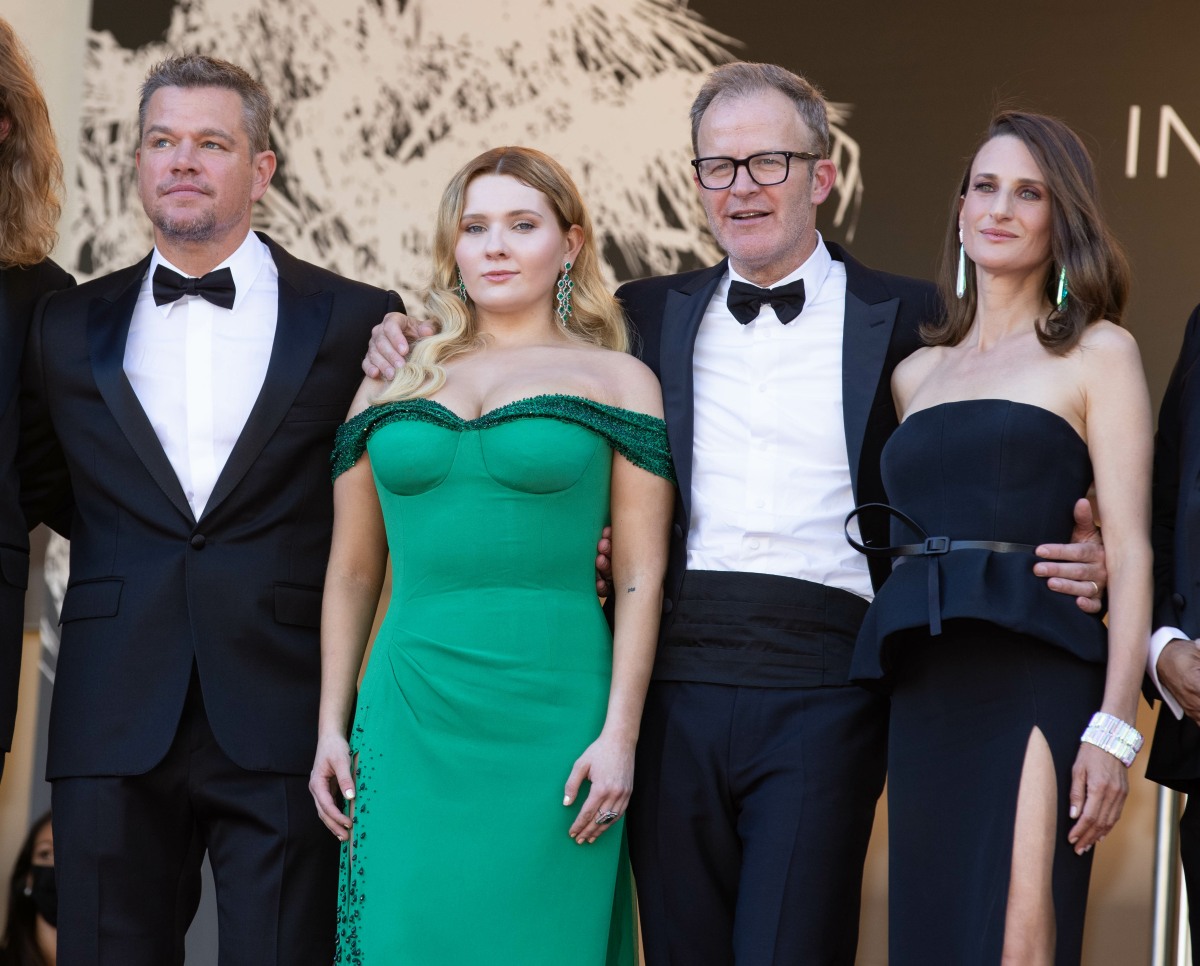 Martha Stewart: It’s ‘not charming’ for Ina Garten to booze her way through the pandemic

Ah yes, why won’t the Sussexes break their Spotify contract over Joe Rogan?

Newlyweds Jeezy & Jeannie Mai are PREGNANT! Here’s Everything She Shared About Expecting After...