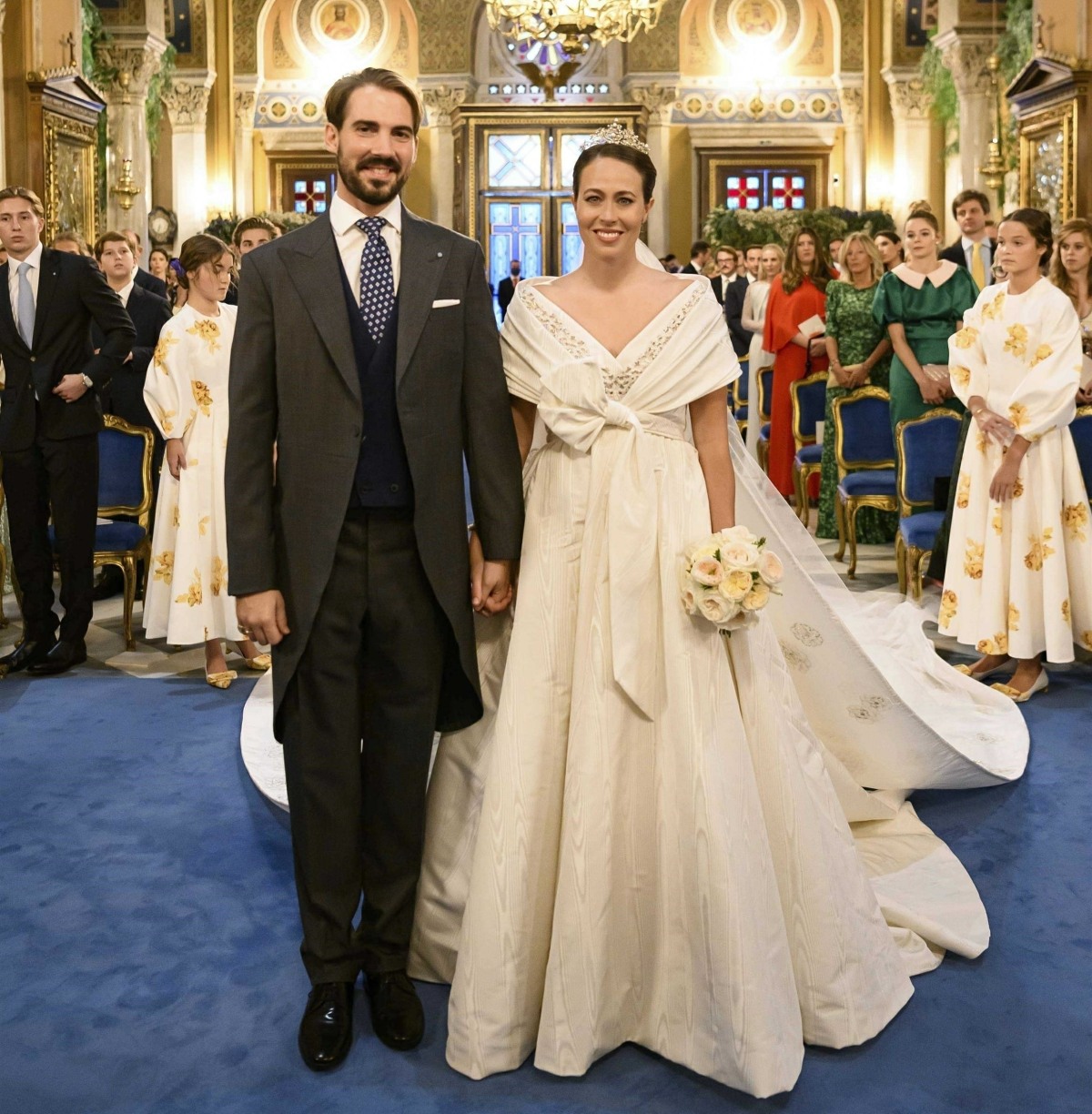 Greece dethroned their king in 1964, and they formally abolished their monarchy in 1973. Ever since, the “Greek royal family” has been in exile. They still use their royal titles, although no one really recognizes them, which means the Greek royals are neither Greek nor royal. Still, the British royal family is deeply connected to the Greek royals – Prince Philip was a “Greek prince,” and the Greek royals and British royals go to each other weddings, funerals, christenings, etc. Princess Diana was godmother to the Greek prince we’re talking about in this post, Prince Philippos. Philippos is the youngest son of King Constantine III, and Greece is back to allowing their “royals” into the country, so Philippos was allowed to have his wedding in the country.

This is technically his third wedding to wife Nina Flohr – their first wedding was in St. Moritz last December, an intimate pandemic wedding with few guests. Then they did a spring wedding in England, at the home of Vogue writer Alice Naylor-Leyland. This third wedding was the religious service – they were married in the Greek Orthodox Church, at the Metropolitan Cathedral of Athens. The wedding was attended by many Greek royals, including King Constantine (Philippos’ father) and siblings. Queen Sofia of Spain was there, as was Princess Beatrice and Edoardo Mapelli Mozzi.

Both Philippos and Nina have real jobs, although Nina is already an “heiress” and daughter of a billionaire. She’s the creative director of her father’s aviation company and Philippos works for a hedge fund in New York.

The bride wore Chanel – it’s silk taffeta and it has a long train and a full skirt. I kind of think it’s unflattering? I like the neckline a lot, but the midsection of the gown is a whole-ass mess. Her tiara is the Antique Corsage pearl & diamond floral tiara of Scandinavian origin. It belongs to Nina’s mother-in-law, Queen Anne-Marie, and it has been worn by Princess Marie-Chantal and Princess Tatiana on their wedding days. The tiara is one of my favorite things about her wedding look, honestly. 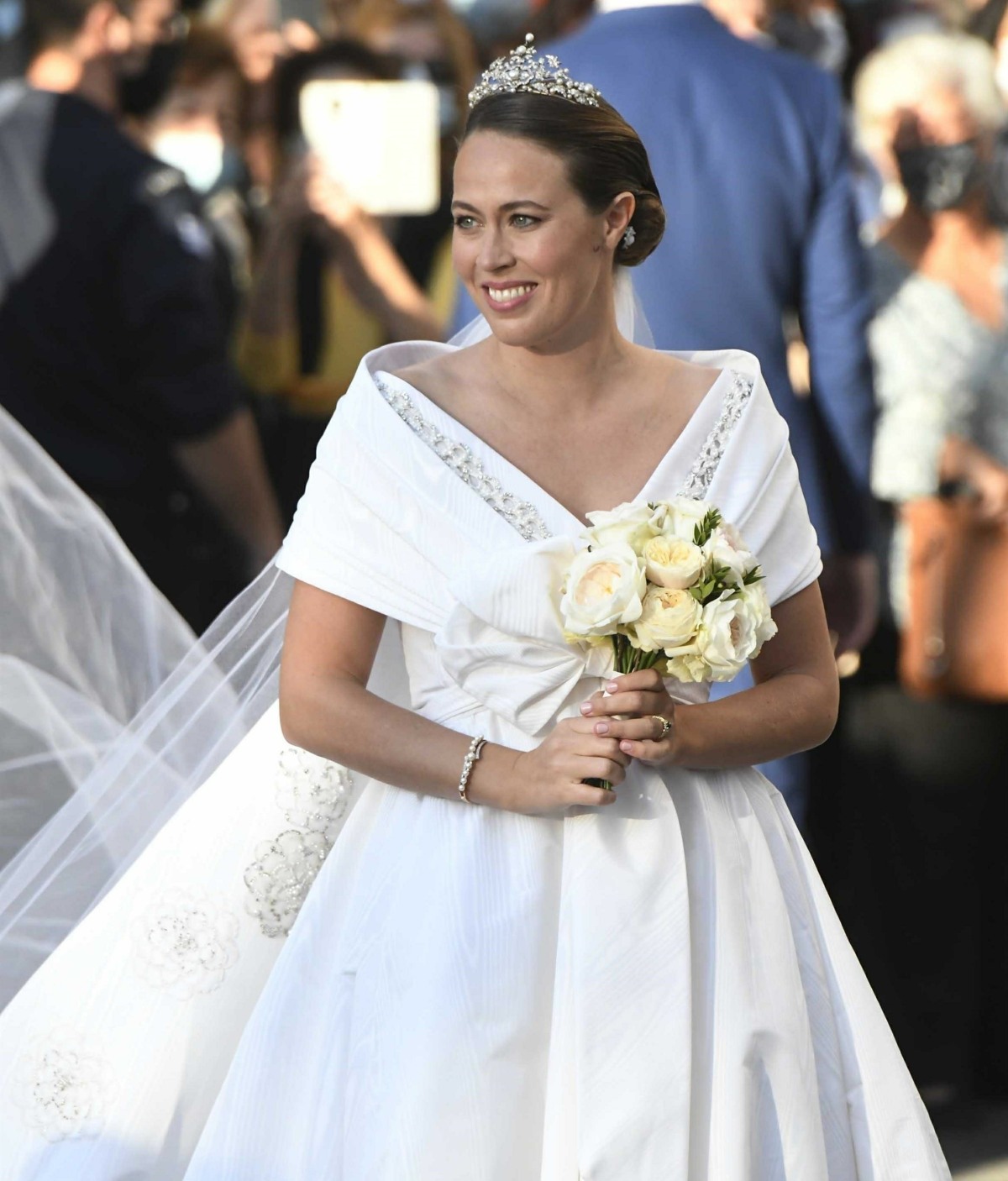 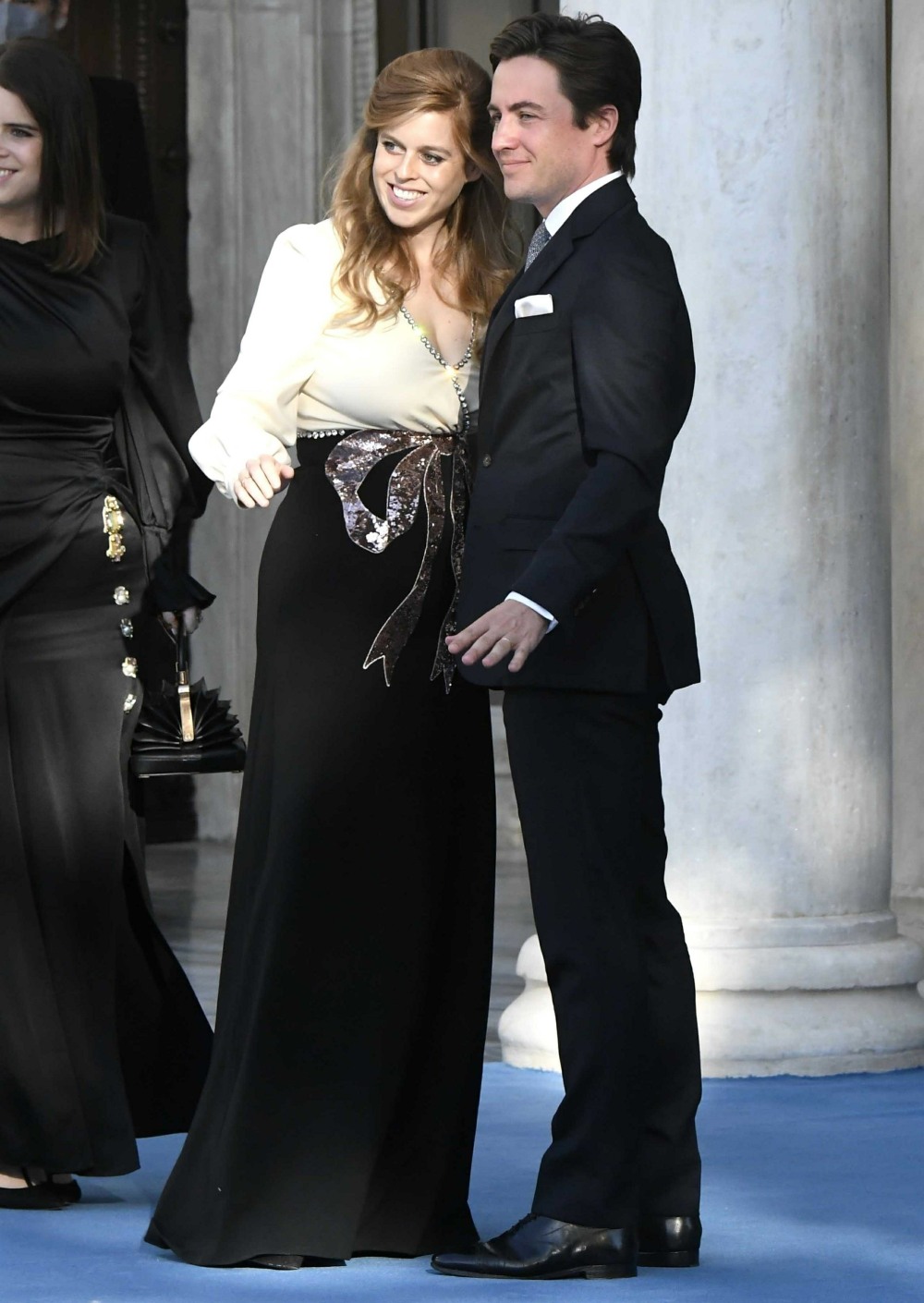 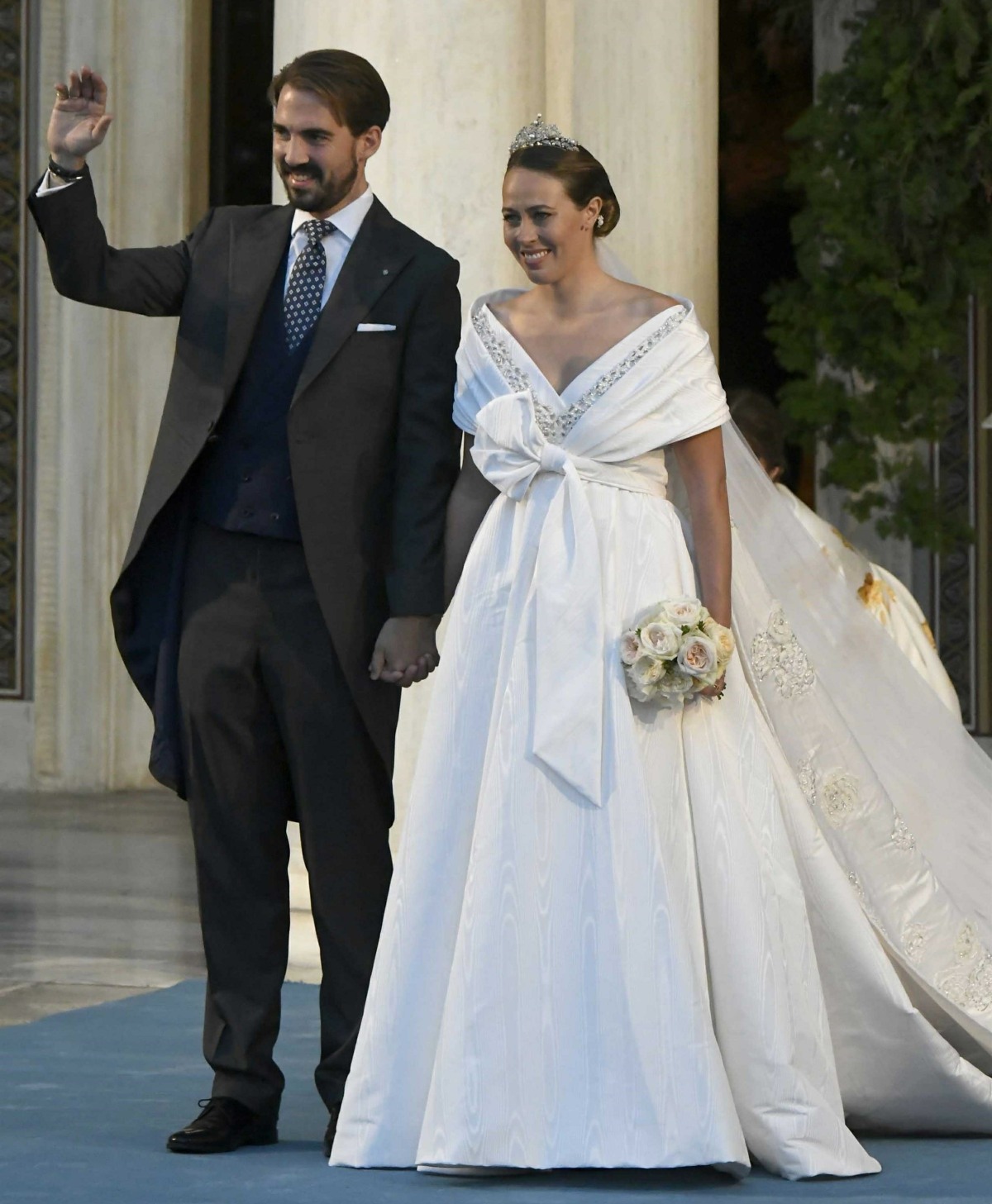 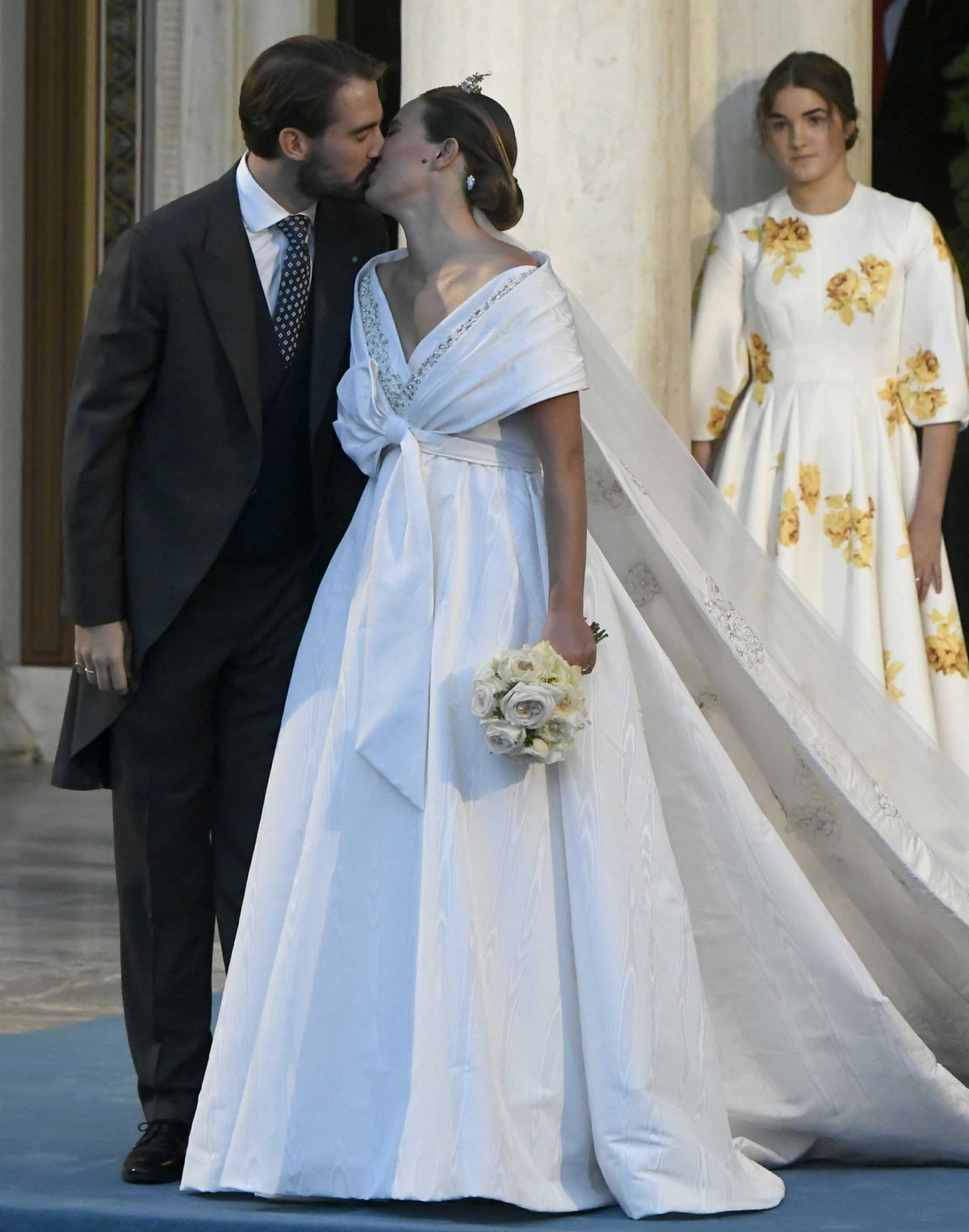 The First Photo! 'Teen Mom 2' Kailyn Lowry FINALLY Shares A Picture Of Her...